The main features of the use of double diaphragm coupling

The main features of the use of double diaphragm coupling 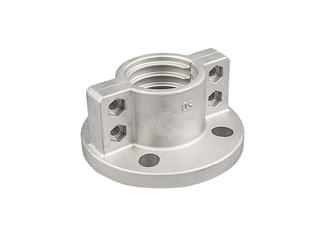 The diaphragm coupling compensates the relative displacement of the two shafts connected by the elastic deformation of the diaphragm. It is a high-performance non-metallic strong element flexible coupling, no need for lubrication, exquisite design and high strength , Long use time, no winding gap, not disturbed by air and oil, and has the characteristics of acid resistance, alkali resistance and anti-corrosion. It is suitable for shafting transmission in high temperature, high speed, and corrosive medium working conditions.