What should be paid attention to in plum-shaped elastic coupling

What should be paid attention to in plum-shaped elastic coupling 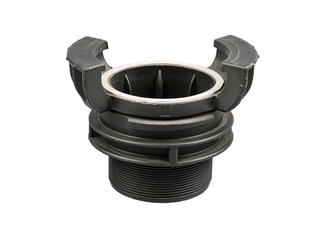 Plum-shaped elastic coupling is a widely used coupling model, also called claw coupling, which is composed of two metal claw discs and an elastic body. The two metal claw discs are generally 45-gauge steel, but aluminum alloys are also useful when sensitive loads are required.
There are two main types of plum blossom elastic couplings, one is a traditional straight claw type, and the other is a curved (concave) claw type zero-backlash coupling. The traditional straight-jaw type quincunx elastic coupling is not suitable for high precision servo drive applications.
The zero-clearance claw type plum coupling is evolved on the basis of the straight claw type, but the difference is that its design can be suitable for the application of servo systems, and is often used to connect servo motors, stepper motors and ball screws. The curved surface is to reduce the deformation of the elastic plum spacer and limit the influence of centripetal force on it during high-speed operation. The zero-backlash claw coupling is composed of two metal bushes (usually made of aluminum alloy, stainless steel can also be provided) and a plum blossom elastic spacer.
The plum blossom elastic spacer has multiple blade branches. Like the slider coupling, it is also pressed to make the plum blossom elastic spacer fit with the bushings on both sides, thereby ensuring its zero-gap performance.
Different from the slider coupling, the double flange plum coupling is driven by extrusion, while the slider coupling is driven by shear force. When using the zero-clearance claw coupling, the user must pay attention not to exceed the maximum bearing capacity of the elastic element given by the manufacturer (on the premise of ensuring zero clearance), otherwise the plum blossom elastic spacer will be crushed and deformed and lost. Elasticity, loss of preload, resulting in loss of zero-gap performance, and possible user discovery after serious problems have occurred.
Plum-shaped elastic couplings are well balanced and suitable for high-speed applications (up to 30,000 rpm), but cannot handle large deviations, especially axial deviations.
Larger eccentricities and declinations create larger bearing loads than other servo couplings. Another issue of concern is the failure of the plum coupling. Once the plum blossom elastic spacer is damaged or fails, the torque transmission will not be interrupted, and the metal claws of the two bushings mesh together to continue to transmit the torque, which is likely to cause problems in the system.
The intermediate shaft type diaphragm coupling is composed of multiple groups of stainless steel thin pull diaphragms connected with the two halves of the coupling by bolts. Each group of stainless steel thin pull diaphragms is formed by stacking several pieces. Link-type and monolithic in different shapes.
The intermediate shaft type diaphragm coupling compensates the relative displacement of the two shafts connected by the elastic deformation of the stainless steel thin plate. High, long service life, no rotation gap, not affected by temperature and oil pollution, and has the characteristics of acid resistance, alkali resistance and corrosion resistance.
It is suitable for shafting transmission in high temperature, high speed, and corrosive medium working conditions. It is widely used in shafting transmission of various mechanical devices, such as water pumps (especially high-power, chemical pumps), fans, compressors, hydraulic presses, and petroleum machines. , printing machine, textile machine, chemical machine, mining machine, metallurgical machine, aviation (helicopter), high-speed power transmission system of ships, after dynamic balancing, it has been widely used in high-speed transmission shafting. 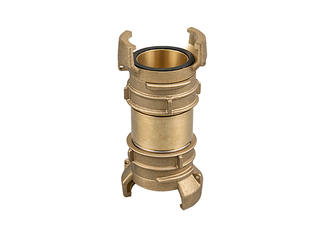 DJM expansion sleeve connection single-type diaphragm coupling is a combination of diaphragm coupling and expansion sleeve, with various excellent characteristics of the two products. Has the following characteristics:
1. The allowable range of eccentricity is large, which can be flexibly applied to various transmission systems.
2. Quick disassembly and assembly, with high assembly importance.
3. No lubrication, no noise, no wear. No sliding, friction, rotating parts to reduce energy loss.
4. Simple structure and light weight.
5. No maintenance is required, and the fault can be checked with the naked eye during shutdown.
6. Good environmental adaptability, can run at high temperature.
7. High transmission precision. High reliability and long life.
The plum-shaped elastic coupling is to install a whole plum-shaped elastic ring between the claws of the two half-couplings with opposite shapes to complete the connection of the two half-couplings. The energy is transmitted through the extrusion between the convex claws and the elastic ring, and the elastic deformation of the elastic ring compensates for the absolute offset of the two axes to complete the vibration reduction and buffering.
There are 14 specifications for each type of plum-shaped elastic coupling. The suitable shaft hole diameter d=12160mm, the shaft hole length L=35135mm, the nominal torque T=2525000Nm, and the allowable speed [n]=150015300rmin.
It should be known that the plum-shaped elastic coupling has a good smooth function and is suitable for high-speed use (the maximum speed can reach 30,000 rpm), but it cannot solve the large deflection, especially the axial deflection. Larger fairness and declination angles occur with larger bearing loads than the rest of the servo coupling. Another value of concern is the effectiveness of the plum coupling. Once the plum elastic distance body is destroyed or effective, the torque transmission will never be interrupted, and the non-metallic claws of the two bushings are coupled together to continuously transmit the torque, which may cause the system to fail. It is a major advantage of this coupling to choose the appropriate plum blossom elastic distance body material according to the actual use. The plum-blossom coupling is a non-metallic elastic coupling. Because the elastomer inside is plum-shaped, it is called a plum-shaped elastic coupling. The current industry requirements for plum-shaped elastic couplings are: GB/T52722002, which is different from the original GB/T52721985 requirements, has banned thermoplastic rubber, adjusted the angle and material of elastic parts, and the quality and transition inertia of the coupling are cast steel, minimum shaft hole, L recommended Intend. There are two types of plum blossom couplings, one is the original straight claw type, and the other is a zero-clearance coupling with a curved straight surface (concave) claw type. The original straight-claw type plum blossom coupling is unpleasant and should be used in high-precision servo drives.
The zero-clearance claw type plum blossom elastic coupling is derived from the principle of the straight claw type, but the difference is that its customization can be suitable for the use of the servo system, and it is the longest used to connect servo power devices and stepping power devices. and ball screw. The curved surface is to reduce the deformation of the elastic plum-blossom distance body and restrict the interference of centrifugal force on it when running at high speed. The zero-clearance claw coupling is composed of two non-metallic bushings (usually using aluminum alloy materials, but also stainless steel materials can be supplied) and a plum blossom elastic distance body. The difference between the plum blossom elastic coupling and the slider coupling is that the plum blossom coupling is driven by extrusion, while the slider coupling is driven by shearing force.
When using the zero-clearance claw coupling, the user must pay attention not to exceed the maximum acceptable strength of the elastic parts given by the manufacturer (under the premise of ensuring zero clearance), otherwise the plum blossom elastic distance body will be pressed The flat deformation is elastic, and the preload is lost, resulting in the function of zero clearance, and the user may not notice it until a major problem occurs. The plum blossom elastic spacer has multiple blade branches. Like the slider coupling, it is also squeezed to make the plum blossom elastic spacer fit the shaft sleeves on both sides, and thus ensure its zero-gap function.